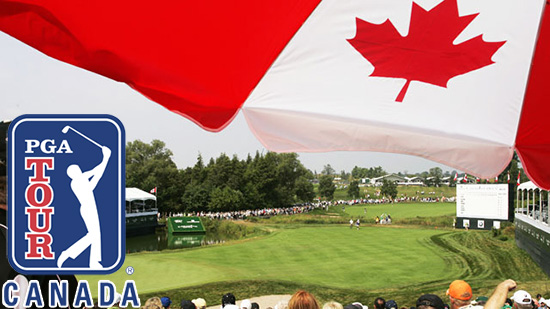 The PGA Tour Canada has now released additional details on the 2013 season which will feature seven events across the country.  It is set to kick off at The Times Colonist Island Savings Open in Victoria, B.C. the first week of June

After taking a week off, the Tour embarks on a stretch of four events over a five week period that will take players through Alberta, Saskatchewan and Winnipeg.

With no events currently scheduled for the month of August, the Tour resumes play the first week of September with the inaugural Cape Breton Celtic Classic at the Lakes Golf Club in Nova Scotia. The event will mark the return of the Tour to Atlantic Canada for the first time in 12 years.

The 2013 season concludes with the Tour Championship at a location to be determined.

PGA Tour Canada president Jeff Monday says they are working on adding an eighth event to the schedule.

"This is a very solid starting point for our schedule," said Monday. "Our goal is to provide our members with quality events with long-term commitments, which leave a lasting impact in the communities we play and we feel we are well on our way to achieving those goals. We are working on several opportunities to increase the number of events not only this year but in 2014."

Every event is guaranteed a purse of $150,000 with the top five players on the season ending Order of Merit earning playing status on the Web.com Tour in 2014. The leading money earner will receive fully exempt status for the season. Players finishing 6-10 on the money list will be exempt into the final stage of the Web.com Tour Q-School this fall.

PGA Tour Canada says it will hold a qualifying school at the Morongo Golf Club at Tukwet Canyon in Beaumont, California the second week of April. Details as to how many cards will be awarded will be announced at a later date.

Newer Post Older Post Home
Subscribe to: Post Comments (Atom)
Welcome to The Golf Gazette, powered by Eat Sleep Golf sharing news and insight from around the golf world.
We strive to share the latest industry announcements with the global golf community.

The views, opinions and positions expressed within this blog are those of the author alone and do not necessarily represent those of Eat Sleep Golf. The accuracy, completeness and validity of any statements made within these articles are not guaranteed. Feel free to give feedback, ask a question, sing praise or express disgruntlement in the designated comment section.

We accept no liability for any errors, omissions or representations. The copyright of this content belongs to the sources as designated within the article; any liability with regards to intellectual property rights remains with them. Eat Sleep Golf does not claim credit for any images featured unless otherwise noted. If you own rights to any of the images or are depicted thereof and do not wish to appear here, please contact us for prompt removal.

Regardless of any free services, products or payment that we may have received, we promise to always deliver an honest opinion.